Mahmoud Al-Bahr, the Syrian national team striker, suffered a severe injury after participating with Nusour Qasioun in the friendly match against Algeria, which ended with the latter's victory with a goal without a response in the two teams' camp in the Emirates. 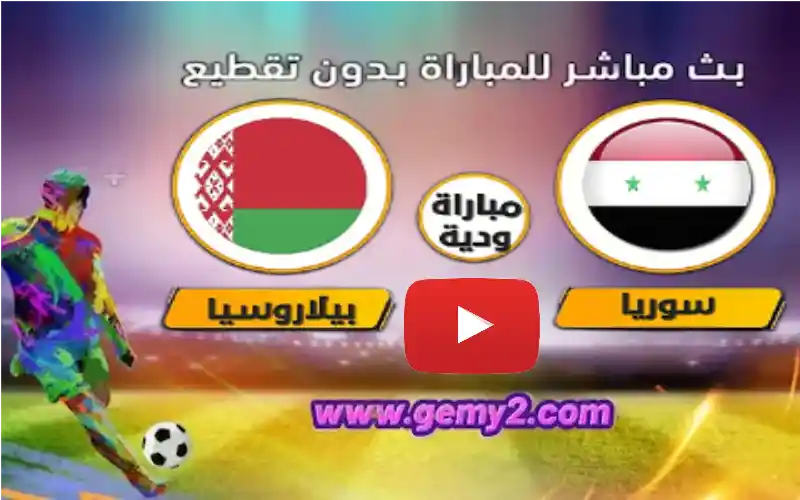 Al-Bahr was subjected to a strong bruise in the Algeria match, but the matter got worse in the training that the Syrian national team participated in, as he was absent from the team's training today, and initial tests showed that he had an Achilles tendon injury.
The player will take x-rays early in the morning to determine the extent of the injury he suffered and the possibility of his participation in the Belarus match, which will be held next Thursday evening.
The Syrian national team continues its preparations in Dubai, under the leadership of its national coach, Hossam Al-Sayed, in preparation for the meeting with the Belarusian national team, at the Al-Ahly Youth Club stadium in Al-Aweer district in Dubai.
The Syrian national team will play its last training session, tomorrow, Wednesday, at the match stadium, and it was decided that during the confrontation it will wear red shirts, while the Belarusian team will wear light green shirts.
The match will be led by a crew of Emirati referees, consisting of Emirati referee Yahya Ali Al-Mawla, assisted by Omanis Nasser Salem Abu Saidi and Abdullah Mubarak Al-Shamakhi, and Emirati Muhammad Abdullah Al-Hamoudi will be the fourth referee.
The technical staff decided to summon the players, Muhammad Rihaniyya, Hozan Othman, Ahmed Al-Dali and Mahmoud Al-Aswad, to join the national team camp in the Emirates and be among the options available in the team’s last match against Venezuela on the twentieth of this month.
تعديل المقال
الأقسام مباراة-ودية