The technical meeting of the Zamalek match against the Burundian Flamboe, scheduled for tomorrow, Friday, at the Army Stadium in Borg El Arab, in the second leg of the 32nd round of the African Champions League, ended. 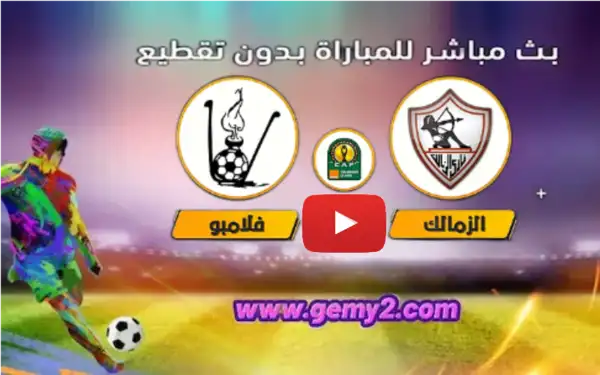 Zamalek wears the traditional uniform of "white shirt and white shorts", while the Burundian team wears the gray shirt and black shorts.
10 thousand fans attend the match, while Flamboe Club received 150 invitations to attend the match.
The meeting was attended from Zamalek, Ahmed Hosni, the team's managing director, Bassem Ziada, the public relations official, and Mustafa Mila, the taskmaster, in addition to the Moroccan arbitration team in charge of managing the match, and the representatives of the Burundian club.
Zamalek beat Burundian champion Flambo (1-0) last Sunday at Borg El Arab Stadium in Alexandria in the first leg of the 32nd round of the African Champions League.
Hossam Abdel Majid scored for Zamalek in the 42nd minute with a neat header, to take a big step towards qualifying for the group stage of the continental championship.
تعديل المقال
الأقسام دوري-ابطال-افريقيا