Real Madrid coach Carlo Ancelotti confirmed that Karim Benzema will start against Shakhtar in the fourth round of the group stage of the Champions League. 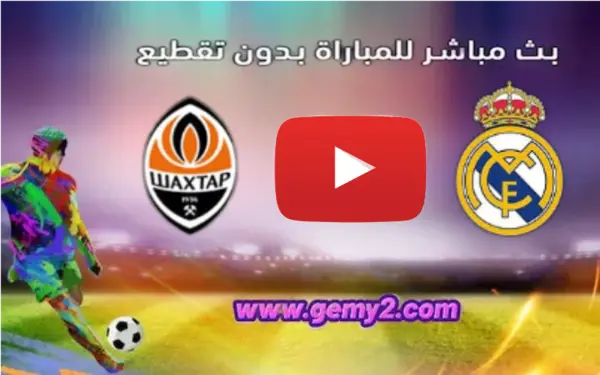 The Italian coach confirmed during the press conference on the eve of the match in Poland, "Benzema is in good condition, so far it is clear that he will start the match, because he has a rest like Toni Kroos and Mendy."
He added, "We must wait for today's training in order to determine the condition of the players who participated in the match against Getafe."
He noted, "It is important to choose the ideal formation to win the match against Shakhtar. The match is important in order to determine qualification for the final price."
The coach admitted that such decisions are difficult, because they create a state of resentment and anger among the players.
He continued, "The issue of rotation is difficult, every player gets angry in his own way, but in this group, everyone's reaction is positive, they get angry because they want to participate, this is normal, and the reaction is to focus more in training."
And he added, "The players respect the decisions that I made, I always tell them, respect the person, even though you may be angry with him as a coach."
He pointed out, "Shakhtar is working amid great difficulties. We stand in solidarity with them and respect them. Our goal is to play the tone of victories for the fourth round in a row, and then decide qualification."
تعديل المقال
الأقسام دوري-ابطال-اوروبا