Al-Ahly is preparing for a strong confrontation against Petrojet in the semi-finals of the Egypt Cup, as the Red Genie seeks to overcome its next opponent and reach the final match to face Zamalek in a new football summit. 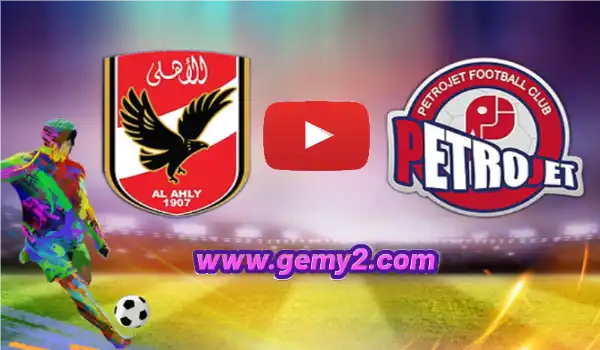 Al-Ahly will enter its next match in the cup, led by the new Portuguese coach, Ricardo Soares, who took over the task of coaching the team officially, instead of Sami Komous, who was appointed temporarily to succeed South African Betso Mosumiani, the former coach.

As for Petrojet, it will try to take advantage of Al-Ahly’s decline and fluctuation in the recent period in order to kidnap the qualifying card to face Zamalek in the Egypt Cup final.

Al-Ahly lost from Smouha, by three goals to two, last Tuesday, in the two teams’ match, which was held in the twenty-third round of the Egyptian Premier League.

Al-Ahly will meet Petrojet on Saturday, July 2, as part of the semi-finals of the Egypt Cup, the 2020/21 season.

The Al-Ahly match against Petrojet will be held at Cairo Stadium on Saturday at nine thirty in Cairo local time, and ten thirty in Mecca time.

Al-Ahly qualified for the Egyptian Cup semi-finals after beating Pyramids 2-1 in the quarter-final match.