The opening match of the 25th round of the Moroccan League between Ittihad Tangiers and Al-Fath Rabat was settled, today, Wednesday, at the Tangier Grand Stadium. 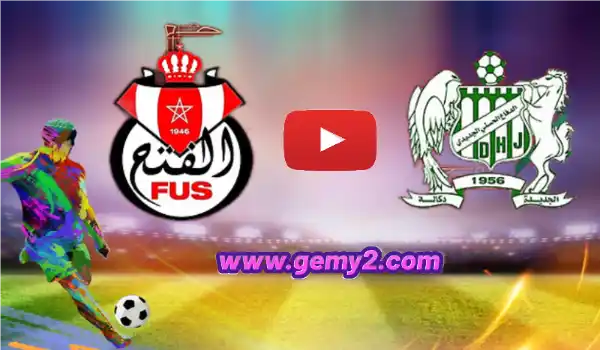 Ittihad Tangiers advanced in the 23rd minute through Hamdi Achir from a penalty kick, before Ayoub Nanah equalized in the 71st minute for the visitors.

The two teams exchanged control during the match, when Ittihad Tangier advanced first through Al-Asheer in the 23rd minute, taking advantage of a penalty kick he kicked in the net against Al-Fath goalkeeper Mahdi Benabid.

After that, Ittihad Tangiers missed a series of easy opportunities, the most prominent of which was Tawfik Agrotin's shot at the post.

Al-Fateh's performance improved a lot during the second round, so that the substitute Ayoub Nanah was able to equalize in the 71st minute, after he headed a cross into the penalty area, and Tangier goalkeeper Hisham Al-Mujahid was satisfied with following it as it settled inside his goal.

This is the third consecutive tie for Ittihad Tangiers, which enabled it to add a point to its balance to become 30 points in tenth place, while Al-Fateh rose to fifth place with 33 points, behind its rival FAR, which is in third place, by 4 points.