The Premier League fans wish to follow Liverpool in front of West Ham United on a difficult task, watching the Liverpool and West Ham United match broadcast live today at exactly eight thirty in the evening Mecca time, at the famous Anfield Stadium in the horror stadium at the top of the matches of the first day of the twenty-eighth round of English Premier League Championship. 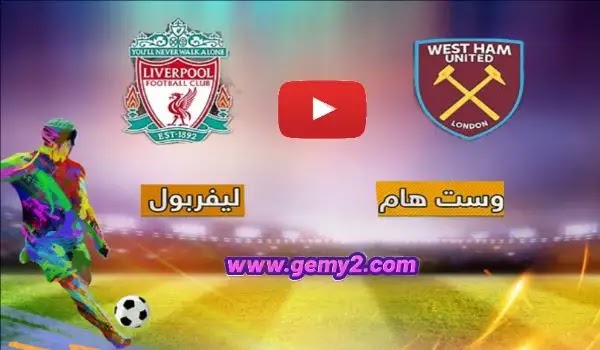 Mohamed Salah is one of the distinguished players in the world, and some put him in a mini-list now to be the best among them. Indeed, the Egyptian pharaoh imposed himself on the world football scene despite the haters' nose, and today he seeks to write a new history in his career. The victory is sought by the team to reduce the difference with Manchester City, Especially that City has a difficult test in the Manchester derby against United in the match scheduled for tomorrow evening, Sunday.

Salah is top scorer with 19 goals, away from his closest rival, his Liverpool colleague Diego Jota, by 7 goals. 70 goals this season to outperform the City team. Can he continue to pressure Pep Guardiola to make things look balanced?

The Liverpool team hosts West Ham United at Anfield, in a great summit, and German coach Jurgen Klopp has confirmed that he hopes that David Moyes, the coach of the Hammers, will continue, as the latter has never won at the terrifying Anfield stadium, and both are looking for victory and restoring confidence, a desire to Skip the other, although the Reds will not miss the opportunity to reduce the difference with Manchester City at the top of the English Premier League.

Liverpool is second in the Premier League table with 60 points, 6 points behind the leader, Manchester City. West Ham United still has a chance to break into the semi-finals, as it is two points away from United, who are fighting the Manchester derby.