Fearing to move away from the lead, Raja Club Athletic plays an upcoming match against Renaissance de Berkane on Sunday evening, watching the Raja Sports match and the renaissance of Berkane broadcast live today in the twentieth round of the French First Division championship at Berkane Municipal Stadium in the presence of large fans, and the confrontation begins at ten o’clock Half past evening, Mecca time. 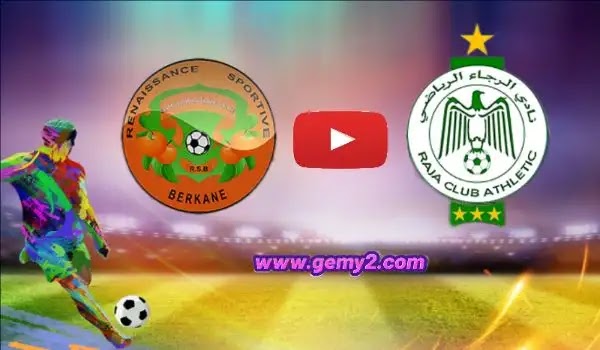 A new attempt by Raja Sportive to put pressure on Wydad Casablanca on the lead, which seems close and not far, as was the case several rounds ago, and now pressure is on the two teams to compete for a distinguished copy that will not end quickly, as some thought Wydad Al-Ummah’s superiority and decisiveness for the title quickly and early.

After Raja stumbled in 3 matches in the Moroccan League, where it tied with its counterpart Maghreb Fez and the Royal Army with a goal for the same, which is the result that came in front of Yosshefia Berrechid in the next round, which led the administration to change the Belgian coach Marc Wilmots and the use of Al-Tusi, and then the team succeeded in recovering a lot From the confidence of defeating Shabab Al-Sawalim Sportive with a goal for the same, and with the same result over Ittihad Tangiers in the previous stop.

Wydad sports team is at the top of the general standings, especially after its victory yesterday, bringing its score to 43 points, 6 points ahead of Raja, who seems in dire need to get the three points today in a very difficult task against the renaissance of Berkane at the big summit.

Nahdet Berkane is experiencing a bad situation this season, whether in the African Confederation or the road in the Moroccan Professional League, and here we are talking about only 6 victories in 19 matches, as it stumbled in 10 confrontations, all of which ended in a draw and lost on 3 occasions.