Watching the Milan match against Inter Milan in the Italian Cup, which brings the two teams together today, Tuesday 1-3 2022. 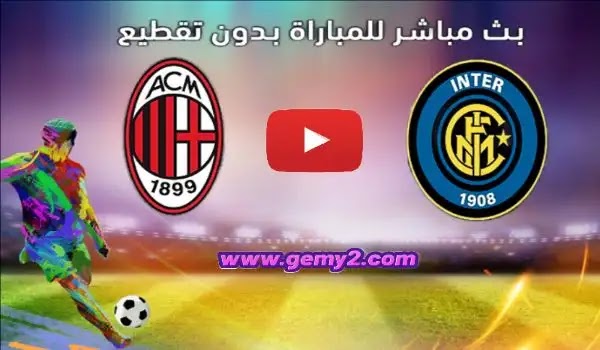 The Milan-Inter derby is one of the most powerful matches in the world, given the intensity of the competition between the two teams and their desire to win.

The slogan for the two teams in Tuesday's derby will be no substitute for victory in order to put one foot in the Italian Cup final, before the return leg.

Milan reached the Italian Cup semi-finals after beating Lazio 4-0, while Inter qualified for this round after defeating Roma 2-0.

The results of the two teams recently witnessed a relative decline in the Italian league competition, despite the strong competition between them at the top of the Calcio.

Milan fell into the trap of a tie during the past two rounds against Salernitana and Udinese, but maintained the lead in the Italian league with 57 points from 17 victories, 6 draws and 4 defeats.

On the other hand, Inter Milan did not win in the last 4 rounds of the league, losing in two games and drawing in double, and is in second place in the standings with 55 points from 16 wins, 7 draws and 3 defeats, and it has a postponed meeting.

Milan has 5 Italian Cup titles, and its last victory was in 2003, against Inter, winning the title 7 times, the last of which was in 2011.

It is worth noting that the two teams met this season in the Italian league, a 1-1 draw, and then Milan defeated Inter by two goals to one.