A few days before Zamalek receives a high-caliber African summit, Moroccan Wydad will have to pass the obstacle of Hassania Agadir in a meeting to be held in the eighteenth round of the Moroccan Professional League at the Mohammed V Sports Complex, at seven in the evening local time. GMT "Universal Time". 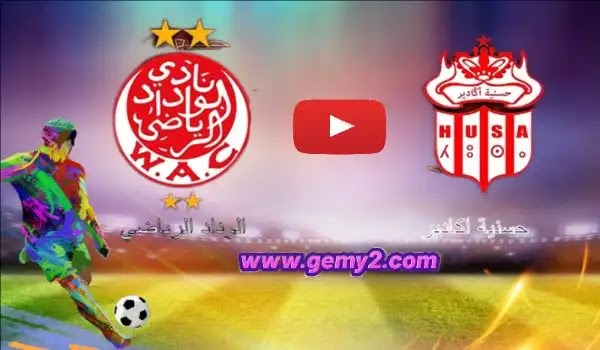 With the start of the Moroccan League matches this season, the Hassania Agadir team advanced with a goal over Wadi Zem to come out a winner from that confrontation, and stumbled in the second stage directly with two goals to one, and also lost from Wydad Sports with a clean goal, and tied against Nahde Berkane, and lost from Mouloudia Wahda with two goals to one. And they tied 0-0 against Al-Fath Rabat, and beat Youssoufia Berrechid with a goal.

The suffering of Agadir continues in the Moroccan league

Hassania Agadir’s suffering returned again to suffer a loss against the youth of Mohammedia with two clean goals, and achieved a victory over Olympique Safi with two goals to one and lost by the same result against the Royal Army, and lost in 3 matches in a row, after which he lost against Morocco Fez and Moroccan Raja Sportive with a clean goal, and in front of Olympique Khouribga with two goals to one, He also tied against Al Shabab Al Riyadi Al Salmi without goals, and lost to Ittihad Tangiers with a goal, and in the past two rounds, he beat Sari Wadi Zem by a double and tied against Al Defense Hassani Al Jadidi without goals Bein Match Live.

The timing of the match Wydad Athletic and Hassania Agadir