The National Bank of Egypt team draws its counterpart Pyramids in one of the important meetings in the tenth round of the Egyptian Premier League at Petro Sport Stadium, at exactly half past five in the evening, Cairo time, and hopes that the team will be on its day in order to maintain its ambitions to finish the season in an ideal manner. 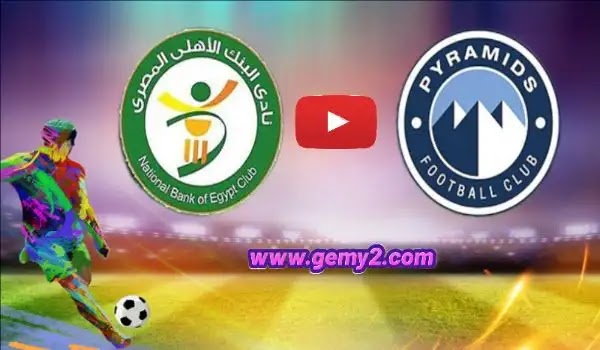 The timing of the match between Al-Ahly Bank and Pyramids

Pyramids stars are the best in the match tonight

The Al-Ahly Bank team will meet with its counterpart Pyramids in a very difficult meeting against the strength of Pyramids and the brilliant stars who contracted with the club, whether during the last summer transfers or even in the winter.

The start of the National Bank team in the Egyptian Premier League this season with a surprising and distinctive victory over the pioneers of the army with three clean goals, before losing from Al-Ahly with difficulty with a goal, and in the third stage that result appeared against Al-Ismaili and lost from Ceramica Cleopatra with a goal, and tied against Zamalek with a goal for the same, then He beat the Arab Contractors by two goals to one, and in the match that came right before the stoppage, the team tied against Ghazl El Mahalla.

In the first round, after returning from the pause period and playing the League Cup matches during the participation of the Egyptian team in the African Cup of Nations, it lost from Smouha with two goals to one, and from Future with a double without a response.

As for Pyramids, it outperformed itself this season, and the victory came with the first round of Egypt clearing with two goals against one goal, and the same result over Farco, and beat Al Ittihad of Alexandria with three clean goals, before equalizing with two goals for the same against Al-Masry Al-Portsaidi.

The positive results of Pyramids continued with a 3-0 victory over the Eastern Company, before returning to achieve the same result in front of the Vanguards of the Army and tied with Enppi with a goal for the same, and in the last round they beat Ismaily with a goal without a response.