Jwaneng Galaxy FC VS Etoile Sportive du Sahel For the people of the Sahel, watch the match between Etoile du Sahel and Jwaneng Galaxy, broadcast live today at 7 pm Mecca time, in the second station of the group stage of the African Champions League at Jwaneng Stadium. 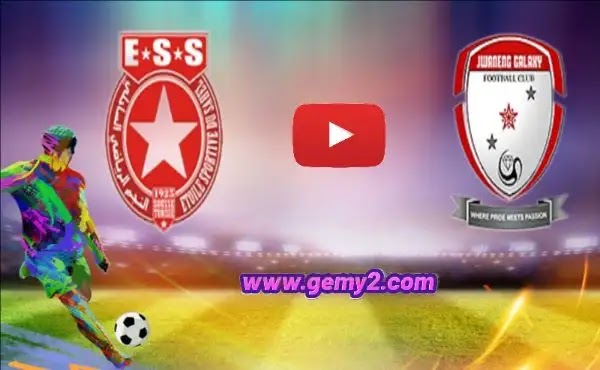 Etoile du Sahel were very poor in the first round match, which witnessed the superiority of the Algerian club Chabab Sportive Belouizdad, who would have been close to winning had it not been for the brilliance of goalkeeper Ayman Mathlouthi, who saved a penalty kick in the 90th minute.

Coach Roger Lemerre, coach of ES Sahel, said before the meeting that his team will present a strong confrontation against the Botswana champion, and he will have no other considerations other than winning, relying on a group of distinguished players, including goalkeeper Ayman Mathlouthi, who starred remarkably in the youth meeting of Belouizdad in the round match. The opening group stage.

And came the list of the coastal star to face the hero of Botswana:

It is a good opportunity for ES Sahel to win against the Botswana champion, although the meeting was on the latter's land, but the team appeared at a bad level against Tunisian Esperance Sportive, which it lost by a clean four, which was alternated by Muhammad Ali Bin Ramadan "Triple" and Kigslay Idoh.