A summit awaits on the lists of the eighteenth round of the Moroccan Professional League between Raja Sports and Youth Sports Al Salmi, which you meet at exactly nine o'clock in the evening Cairo time, at the Municipal Stadium of Berrechid. 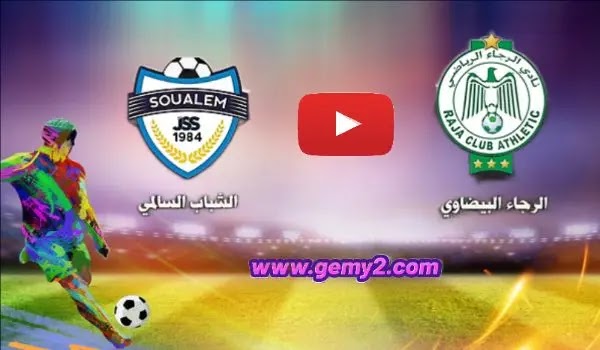 The Moroccan Raja Sports Administration decided, in an unexpected surprise to many, to dismiss the Belgian coach Marc Wilmots. Club officials believe that the coach does not meet their aspirations, especially after the decline in results in the Moroccan League.

The Moroccan Raja sports team will move to one of the meetings in which the latter’s fans hope to return to the path of victories to face the Salmi Sports Youth at nine o’clock in the evening Cairo time, seven in the evening GMT, ten in the evening Mecca time.

The Raja sports team did not taste the taste of victories in the past four rounds of the Moroccan Professional League, and was satisfied with collecting 4 points and losing their weakness in the way of competing for the title of the competition, and the draws came from the match between Morocco and the Fez with a goal for the same and against the Royal Army with the same result, which is the result that came in front of Youssoufia Berrechid finally had a 2-2 draw against Olympique Khouribga.

The Moroccan Raja Sports Administration has placed the former coach of the Egyptian national team, Hossam Al-Badri, on the list of candidates to train the team in the coming period, and press reports indicate that Al-Badri is very close to taking over the technical task of the Greens after the departure of Belgian coach Marc Wilmots, despite the strong start in the group stage of the African Champions League. By beating Amazulu, the South African, with a goal by Mohsen Metwally, and against ES Setif, with a goal by Mohamed Zuraida.