Excitement peaks G.D. Sagrada Esperanca VS al Zamalek on the White Trip to Angola Watching the match between Zamalek and Sagrada Esperanca live broadcast today at seven in the evening Mecca time, in a second mission in the group stage of the African Champions League, at Esperanca Stadium. 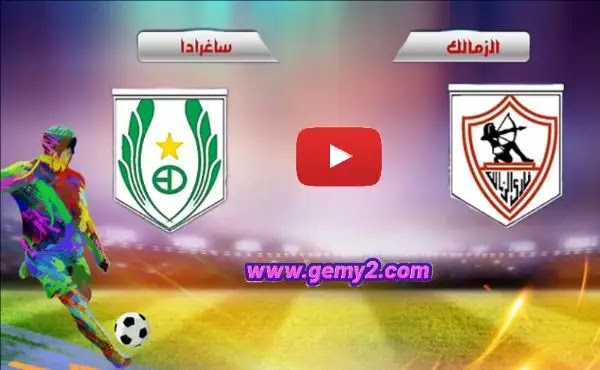 Zamalek wants to untie the knot in front of Sagrada

It is not an impossible task for the Zamalek team on its trip to Angola to meet its counterpart Sagrada, where it is certain that he will return here again to play another match in the sixth round against Petro Atlético, but what did Al-Abyad offer in his trips to Angola? The team played against the clubs there 5 Matches won in one and lost in the other and attended a draw in 3 matches.

The Angolan team, Sagrada, in its first match in the group stage of the African Champions League for the first time in its history, was defeated by the Moroccan sports club Wydad with three goals without a response.

As for Zamalek, it is returning from a severe defeat from Smouha with two goals without a response in the Egyptian Premier League, and before that it tied in its first mission in the Champions League during the group stage with a positive draw with two goals for the same at Cairo International Stadium against Petro Atletico, and scored the double of the white knight Youssef Ibrahim Obama and Mahmoud Hamdi Al-Wensh .

Zamalek comes in Group D, which includes important names in the brown continent, led by Wydad Athletic of Morocco and Petro Atletico of Angola, who showed that he came to the groups to achieve something after his performance against Al-Abyad at Cairo International Stadium, in addition to the owner of the land in tonight's match.

The date of the match between Zamalek and Sagrada today: