A great summit comes to you, watching the match between Esperance and Etoile du Sahel, broadcast live at exactly three o’clock in the afternoon, Cairo time, on the Olympic Stadium, Hamadi Al-Aqrabi, in the third round of the group stage of the African Champions League, in the famous Tunisian Clasico, which comes with an African tint. 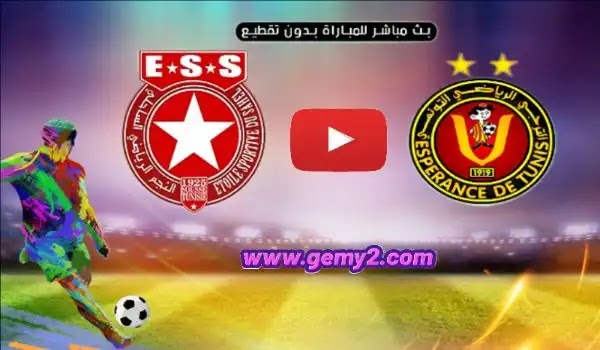 Etoile du Sahel is looking for its first victory over Esperance Sportive in the African Champions League, in the seventh confrontation that comes within that tournament. The two teams met in 6 matches, Esperance won in 4 matches, and tied on two occasions.

The draw was attended on two occasions against Esperance in the 2005 season, and in 2012, Esperance defeated Etoile by a goal without a response in the first leg, and with a clean double in the second leg. with a goal.

Tunisia's Esperance started its first match in the group stage of the African Champions League, by defeating Guaneng Galaxy of Botswana by four clean goals through Mohamed Ali Bin Ramadan, who scored a wonderful hat-trick. Athlete of Belouizdad, where Ziad Mashmoum scored for Esperance, and Karim Oreibi scored for the owners of the land from the penalty mark.

Etoile du Sahel played a big match against the Algerian youth sportsman Belouizdad in the first test between them in the group stage in the Champions League, but he missed a lot of opportunities in front of the goal, and the guests almost scored the winning goal in the last seconds after Khair El-Din Marzouki missed a penalty kick and in the second round he fell into a trap The equalizer in the killer time After they were close to winning after Souleymane Coulibaly's goal in the 14th minute, Thabang Sesini scored the precious equalizer.