A summit of fire Entente Sportive de Setif VS Raja Club Athletic Arab with an African tint, watch the Raja Sportive and ES Setif match live broadcast today at nine o'clock in the evening Cairo time, on the second station of the group stage of the African Champions League on May 8, 1945 stadium. 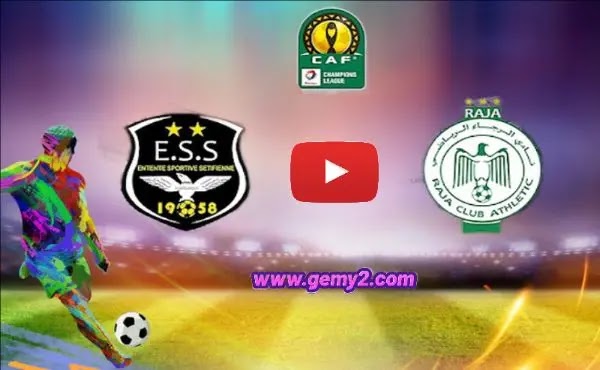 As for the Raja team, the passage to the group stage was distinguished by two back and forth victories over the Liberian Oilers, with a double in Liberia, signed by Hussein Rahimi and Mahmoud Benhalib, and in the second leg with a double also by Benhalib, who left the team, and Osama Soukhal.

The expected formation of Raja Sportive against ES Setif:

The timing of the Algerian ES Setif vs Raja Sportive match

ES Setif made its debut in the African Champions League, from the preliminary round, and beat Fortun of the Gambia. The latter surprised the Algerian team and beat it in the first leg with three clean goals, but Riad Ben Ayed's colleagues achieved a wonderful remontada and scored a hat-trick in Algeria, before the penalty shootout decided the match. in their favor.

In the second round of the African Champions League, the result of the first leg was negative, as it lost to Nouadhibou, Mauritania, by three goals to one. He is performing excellently at home and in the midst of his fans.