Al-Masry Al-Portsaidi Club will play a difficult match against its eastern counterpart, Al-Dukhan, in order to correct the local path, at exactly three o’clock in the afternoon, Cairo time, at the Burj Al Arab Stadium, as part of the tenth round of the Egyptian League website. 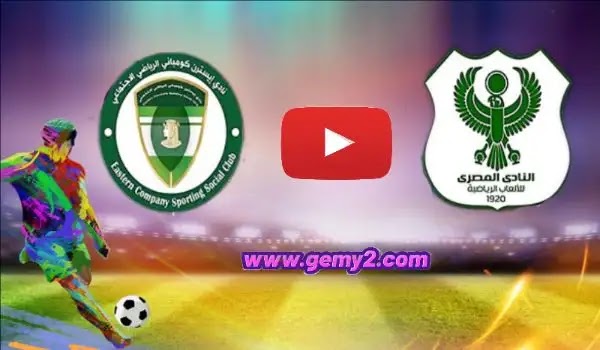 Al-Shaabani focuses on the confederation

It seems that Al-Masry Al-Borsaidi club, led by its famous Tunisian coach, Moeen El-Shaabani, is focusing heavily on the African Confederation Cup, which is going very well by beating its Congolese counterpart TP Mazembe with two goals without a response, in the second round of the group stage of the African Confederation Cup, and plays its matches in the league with the formation of It is different, and the fans of Port Said understand what the coach does, especially if they reach the final rounds of the African competition.

Al-Masry stumbles in the Premier League

In the past two rounds of the Premier League, Al-Masry Al-Portsaidi did not appear well. It is true that he is trying to prove his desire and strength to develop, and the sons of Moin Al-Shaabani from Al-Ittihad of Alexandria lost 1-0, and tied against Ceramica Cleopatra with a goal for the same.

Al-Masry Al-Portsaidi occupies sixth place in the Premier League table with 14 points, only 6 points behind Pyramids, the leader in the standings. As for the Eastern Tobacco team, it collected only two points in 9 matches, after drawing on two occasions and losing in 7 confrontations, and is looking for its first victory in the current version.

Al-Masry Al-Portsaidi faced his eastern counterpart to smoke on only one occasion, and it came in the fifth round of the Egyptian League Cup. The confrontation witnessed a surprise of the caliber, with the latter’s two goals against a goal, with the scoring of Ahmed Ufa and Firas Aifieh. The first win in either the League Cup or the League this season.