A summit without mercy Chabab Riadhi De Belouizdad VS Esperance ST African with an Arab tint, watch the Tunisian Esperance match and Shabab Belouizdad broadcast live today in the second phase of the group stage of the African Champions League at the stadium of August 20, 1956 at ten o'clock in the evening Mecca time. 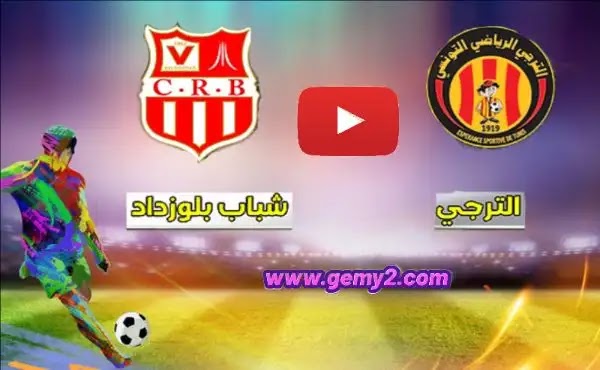 Algeria's Chabab Belouizdad, led by coach Marcos Paquetta, will try to score a first victory in their group against Tunisian giants Esperance, days after they scored an important point at the start of the journey with a goalless draw against ES Sahel, where they were the closest to snatching the winning points.

The expected line-up of Chebab Belouizdad against Esperance:

The Confederation of African Football (CAF) announced the appointment of an Egyptian arbitration team to manage the match between Esperance Sportive de Tunis and its counterpart Cheb Belouizdad this evening, in the second round of the group stage of the African Champions League, led by referee Mohamed Adel and assisted by Samir Gamal and Ahmed Tawfiq.

Tunisian Esperance Club enters with very high spirits, after it swept its Botswana counterpart, Jwaneng Galaxy, with a clean four, signed by Mohamed Ali Ben Ramadan, with a hat-trick in minutes 1, 29 and 32, and Kigslai Idoh in the 84th minute.

The date of the Esperance match and youth sports belouizdad