An unexpected location Barcelona vs Napoli brings together Barca and the poor of the south, watching the Barcelona-Naples match broadcast live today at exactly nine o’clock in the evening, Cairo time, at the Camp Nou stadium, in the first leg of the knockout round of the European League “Europa League”. 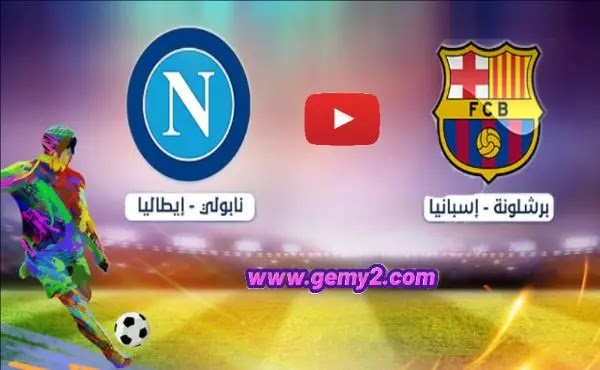 Messi misses Barcelona in first tournament outside the Champions League

No one remembers that at least in the last ten years, Barcelona has been in the European League with Lionel Messi, who left the club last July for Paris Saint-Germain after the expiration of his contract and the lack of funding sources to renew his contract as promised by the Catalan club president Juan Laporta.

In a surprise that no one expected, Barcelona coach Xavi Hernandez excluded newcomer Dani Alves, 38, from the team's list in the European League, and replaced him with Pierre-Emerick Aubameyang, Adama Traore and Ferran Torres, who are the club's deals in the winter transfer period, whether by system Lending, Final Purchase or Free Deals.

Which channels will broadcast the Barcelona-Napoli match today?

And you can watch the Barcelona match today against Napoli today in the first leg of the knockout round of the European League via beIN Sports HD 1 Premium, and Hafeez Draghi commented on it.

Barcelona moved to the European League after it ranked third in its fifth group in the Champions League, with only 7 points, behind Bayern Munich, the owner of the "18 points", and Benfica, the second-placed Portuguese, which is unusual for the fans of the old continent that The Catalan team finds a tournament other than the Champions League.

In his group, the Champions League, the victory was present only on two occasions, against Dynamo Kiev of Ukraine, back with a goal, and back with the same result, and he drew in one match against Benfica without goals, and was defeated on 3 occasions by Bayern Munich with a score of 6-0 in the home and away total, and against Benfica Three clean.

As for the Napoli team, it came in second place in the third group in the European League, with 10 points behind Spartak Moscow, in a group that witnessed the transfer of the third-placed Leicester City to the European Conference League, and the children of coach Luciano Spalletti scored 3 victories, tied in one match and lost In two matches, his players scored 15 goals and conceded 10 goals.