El Masry Club raises the qualification slogan on a trip to Congo-Brazzaville in front of AS Otoho Doyo today. Watch the Al-Masry match and Otoho Doyo live broadcast today at 6 pm Cairo time, in the third stage of the group stage competitions in the African Confederation Cup. 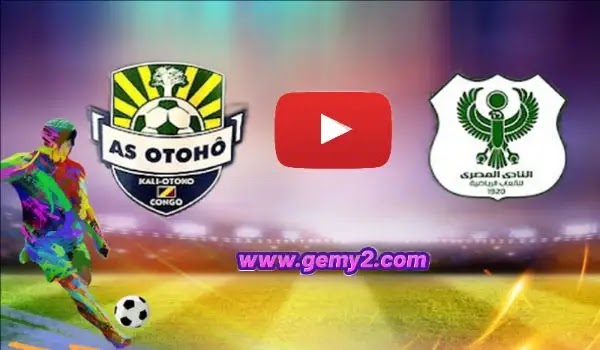 A point that decorates Otho Doyo's Congolese journey so far

The Congolese Otho Doyo team was defeated in the first meeting of the group stage of the African Confederation Cup, with a goal without a response against TP Mazembe from the Republic of the Congo, which is certainly known to the Arab and Egyptian fans. to like him.

Moeen Al-Shaabani, coach of Al-Masry Al-Portsaidi Club, is counting on a number of his important players and those who change the form of performance and the way of playing, and this is what happened in the team’s last match against his Congolese counterpart TP Mazembe, and here we mean the skilled players such as Ahmed Hamoudi, Hassan Ali, Mohamed Antar and Mohamed Abdel Latif, famous for Grindo, as well as That there is a great offensive force in the front line represented by the presence of the trio Hussein Ragab, Ost Amoto and Amr Merhi, in addition to experience factors such as Ahmed Shedid Kenawy, Amr Moussa and Farid Shawqi.

Al-Shaabani warns his players against overconfidence

After the victory over the Congolese TP Mazembe, Moeen El Shaabani, coach of Al-Masry Al-Port Said, believes that this victory is a great incentive to enter the atmosphere of the Otho Audio meeting quickly and maintain the brilliance witnessed in the first rounds of the group stage of the African Confederation.

Al-Shaabani warned his players not to underestimate the opponent or overconfidence because things were not resolved and they only scored 4 points that did not enable them to qualify for the next rounds, so focus is a very important factor in avoiding a bad result on a perilous trip to Congo Brazzaville.