The white knight begins his career in the group stage of the African Champions League with a strong confrontation against the Angolan champion, as he follows the match between Zamalek and Petro Atletico, live broadcast today, in the search for the sixth, which starts at seven in the evening, Mecca time, at the Cairo International Stadium. 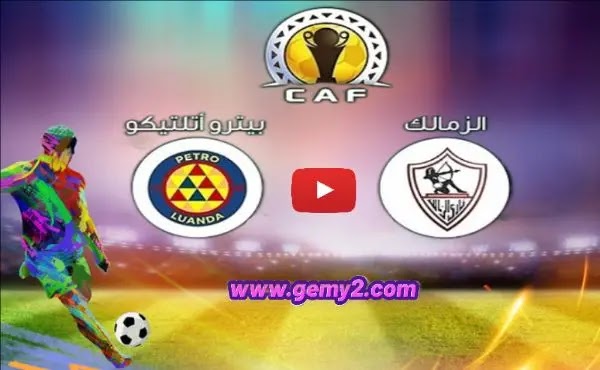 After disappointing levels in the Egyptian League Cup, Zamalek will try to do better in an effort to improve the lackluster picture of the team's performance throughout the current season, and today it is bringing back its international stars returning from the African Cup of Nations, Ahmed. Abu Al-Fotouh, Muhammad Abu Jabal, Muhammadi Hamdi Al-Wansh, Imam Ashour, Ahmed Syed Zizou, Ashraf bin Sharqi, Hamza Al-Mathlouthi, Mahmoud Alaa and Seif Al-Din Al-Jaziri.

Zamalek made a perfect start in the second round of the African Champions League by defeating Kenyan Tusker in the first match with a goal without a response, scored by Moroccan Ashraf Bencharki. 19th minute, and Ashraf Bin Sharqi scored the third goal in the 72nd minute, before Obama returned and signed the second and fourth White Knight goals in the 74th minute.