Test outside the accounts Al Merrikh Omdurman VS Mamelodi Sundowns in Champions League, watch the Sudanese Mars and Sun Downs match broadcast live today at 3 pm Cairo time, at Al-Salam Stadium "Al-Ahly We" in the second round of the group stage competitions in the African Champions League. 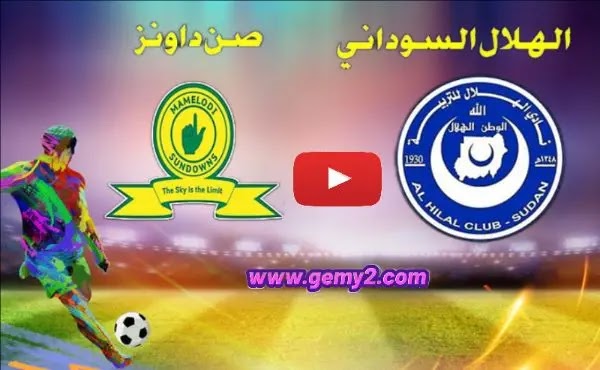 Al-Merreikh of Sudan was supposed to play its first match in the group stage against Al-Ahly, but the meeting was postponed due to the participation of the Red Genie in the Club World Cup. As for the South African Mamelodi Sundowns, it was able to score a first victory over the Sudanese Crescent, with a goal without a response.

Al-Ahly accepts the request of Mars

Al-Ahly officials were surprised by an official letter from the Sudanese Mars administration requesting to play its matches in the African Champions League at Al-Salam Stadium, which was approved by the Red Team, especially since this matter is physically distinct, as the Red Genie will meet with the Sudanese team on two occasions inside Egypt in the group stage.

Al-Marikh appeared strongly in the preliminary rounds of the Champions League, when it overcame the obstacle of the Ugandan Espers in the first round after scoring a goal outside the ground to benefit from that rule. The team in the second leg with two goals to one.

The expected formation of Mars against Al-Ahly:

In the line of defense: the Chinese - Hamza - Tabanja - Thomas

In the offensive line: Azzam - Al-Jazouli

As for Sun Downs, it managed to defeat its counterpart, Maniema Onion, the champion of the Republic of Congo, in the second round of the African Champions League, with a score of 4-2 in the aggregate of the two legs.