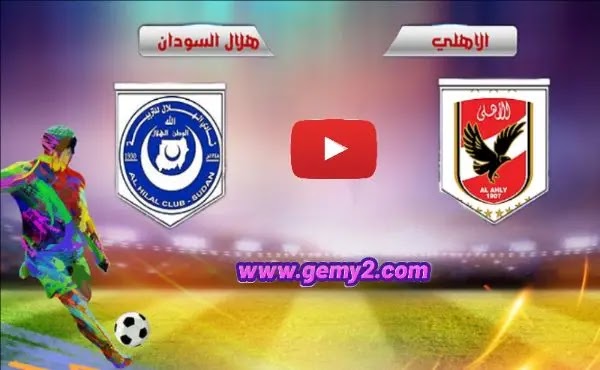 The Confederation of African Football "CAF" sent an official letter to Al Hilal confirming that the meeting that will be held at the latter's stadium in front of Al-Ahly will be held without the presence of the fans, which angered the officials of the blue dove, and they formally objected to this decision, as officials see this matter as unfair and unfair. Adel, especially that they pledged to provide all forms of insurance for the Red Genie mission, but perhaps the instability in Khartoum is what made "KAF" take such a decision.

Qatar's Bein Sports channel group announced the transfer of the Al-Hilal and Al-Ahly match in the Sudanese capital, Khartoum, via BN Sports HD 3, with the comment of Hafeez Draghi, amid concern about the repercussions of a sufficient decision to prevent the fans from attending.

Al Hilal had started its matches in the Champions League since the preliminary round, when it took advantage of the rule of calculating the goal outside the ground to be able to cross Fasil Ketema of Ethiopia after a 3-3 tie in the total of the two legs, home and away, with a score of 3-3. .

As for the second round, Al Hilal had to hold on to history in their meeting against the strong Nigerian Rivers United. Indeed, after a 1-1 draw in Nigeria, Yasser Muzammil scored the precious winning goal for his team, and in the first meeting in the group stage, the Sudanese Al Hilal team lost to Mamelodi Sundowns of South Africa with a goal. No response from Themba Zwane's signature.