A match beyond expectations for the owners of Alahly Tripoli in a strong summit against Zanaco today, watching the Al-Ahly Tripoli and Zanaco match broadcast live today at 10:00 pm Mecca time, in the third stage of the group stage of the African Confederation Cup at Benghazi Stadium. 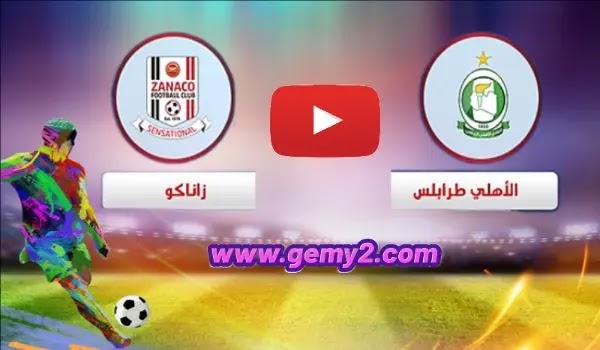 Al-Ahly Tripoli played at the beginning of his career in the African Confederation Cup against his Sudanese counterpart Al-Wadi Nyala in the first preliminary round, and won the total of both home and away matches with a score of 4-2, before passing the obstacle of Bechara United Mara of Tanzania in the round of 32 “first”, and in The second thirty-two round, the team was able to pass the obstacle of the Malian stadium with a penalty kick, after the two legs of the first leg ended in a 1-1 draw.

A faltering start for Al-Ahly Tripoli in the African Confederation

At the beginning of the group stage in the African Confederation, he lost to Pyramids with two goals to one, as he was the first to score through Mohamed Tabbal, before Pyramids scored a double in the second half with the signature of Islam Issa and Walid El Karti, and in the second round meeting, the Libyan team excelled with two goals for a goal over SC Sfaxien In a very important match, after Shadi Hammami scored an own goal, the second goal came through Saleh Taher.

What is the timing of the match between Al-Ahly Tripoli and Zambia's Zanaco?

Zanaco moved to the African Confederation after stumbling in the Champions League, and managed to outperform Benga Mali, 3-2 in the total of the two legs, in the “second” thirty-two round, before starting his career in the group stage with a defeat by Tunisian club Sfaxien with a goal without a response, and in The second round stumbled on its stadium and among its fans from Pyramids FC of Egypt with two clean goals.