The artist Elissa sent a message to critics of her appearance at her last concert, which she celebrated on the occasion of Valentine's Day in the United States of America, where she tweeted on her Twitter account, saying: "Over and over again to the haters, die with your anger, the best party ever, and happy no matter what you say." A message to her fans saying: "And to my lovers, I love you more than you can imagine." 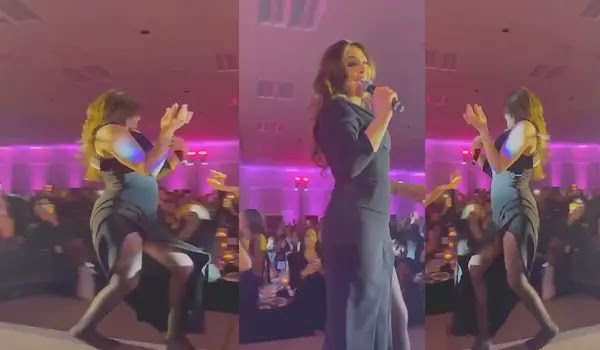 Elissa ignited the atmosphere of the Valentine's Day party with her most beautiful new and old song, amid a great interaction from her fans, and asked the audience who chanted her songs to go up to the stage and sing with her.

It is noteworthy that Elissa recently held a party in Egypt for a charitable organization in the Fifth Settlement to support patients with breast tumors and women, which is being organized on the sidelines of the 14th International Conference on Breast Cancer and Immunotherapy.

On the other hand, a clip of Elissa was circulated while she sings her famous song “My Mirror”, and the beginning of Elissa appeared and she was consistent with the performance of the song, but she was affected and cried and stopped for minutes while singing the clip “Tired of human treachery”, and the audience interacted with her with applause and they completed the song and praised her high sense and feelings. kind.