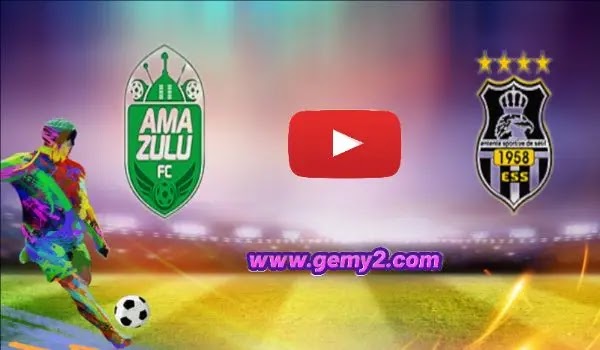 The South African club Amazulu blew up a big surprise in the preliminary rounds, and ousted its Congolese counterpart TP Mazembe in the second round after benefiting from the rule of calculating the goal away from the ground. As for the first round, the Bafana Bafana outperformed 3-2 in the total of the two legs, over its Malawian counterpart Big Bolts.

In the group stage, the first surprise upset Moroccan Raja Sports in the opening round at the Sports Complex stadium Mohammed V, and the hosts managed to win with a goal by Mohsen Metwally with great difficulty in the 67th minute, but with the second round, Amazulu team defeated its counterpart Houria Conakry with the goal of Amigo Mimila, and came This result proves surprising, although the opponent is not at his level.

It does not seem that the Amazulu team is one of the clubs interested in the league championship in South Africa, as they have played 21 matches so far, during which they collected 28 points, occupying the seventh place in the competition table, winning only 5 matches, drawing in 13 matches and losing in 3 matches. Just.

As for the Algerian team ES Setif, it did it in the first round in the group stage of the African Champions League outside its rules and returned from the field of Houria Conakry of Guinea, with a 1-0 victory that came from Ahmed Kandoussi in the 47th minute. The star, Mohamed Zuraida.