A big football summit will come to you this evening in the Custodian of the Two Holy Mosques Cup at Prince Faisal bin Fahd Stadium in Malaz, between Al Shabab and Al Ahly at exactly eight o’clock in the evening, Cairo time, in the quarter-finals, as each of them wants to save their season with a championship after the duo lost hope. Crowning the Prince Mohammed bin Salman Cup League title. 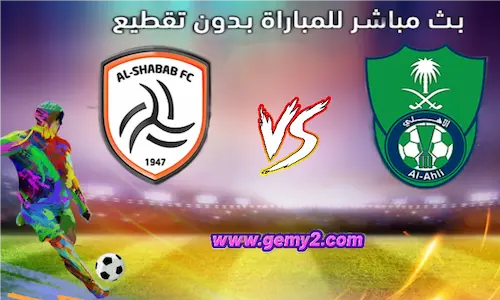 The only match that the two teams played together in the current edition of the Saudi Professional League was on the first of last January, when Al-Shabab scored a victory with a score of four against three, and the four guests at the time, Muhammad Yahya Majrashi scored a goal against his team, and Ever Banega, Hattan Sultan Bahabri, and Odion Ighalo scored his team's fourth goal, and today he is not in the youth squad after his departure to the ranks of Al Hilal in the last winter transfers, and Haitham Muhammad Asiri and Izgan Alyosky scored from the penalty mark and Abdul Rahman Abdullah Gharib.

Al-Ahly removes the defending champion from the King's Cup

Al-Ahly achieved an important victory over Al-Faisaly with two goals against a goal on the twenty-first of last December in the sixteenth round of the Custodian of the Two Holy Mosques Cup. The double scored by Danclair Pereira in the 63rd minute and Omar Al-Soma in the 88th minute, and Roman Amalfitano scored the Al-Annabi goal. The only one in the meeting in a meeting held at Prince Abdullah Al-Faisal Stadium.

As for the youth team, it outperformed Damak by five goals without a response in the round of sixteen of the Custodian of the Two Holy Mosques Cup, which was witnessed by King Fahd International Stadium. It was held on the nineteenth of last December, and there are many changes that have occurred since this meeting until today's match. The match also witnessed the expulsion of Nawaf Al-Abed, who will miss tonight's match against Al-Ahly.