Watching the Ismaili and Smouha match, broadcast live in the match that takes place at Alexandria Stadium in the seventh round of the Premier League, at exactly three o’clock in the afternoon Cairo time, via our website. 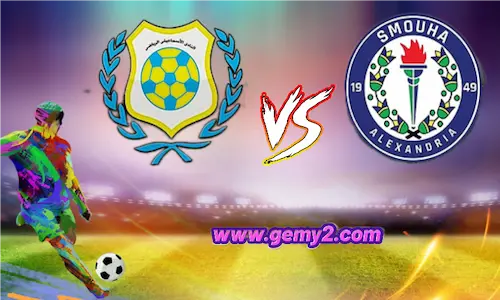 Ismaily is looking for his first victory this season and put an end to the negative results achieved by the team during the past rounds, the Dervishes started the season in a very regressive manner and did not provide the expected performance of it, so that the new board of directors led by Yahya El-Koumi decided to overthrow the technical staff and contract with a new technical staff led by Argentine Juan Brown Who took over the task at the beginning of the match against Zamalek and lost in it with two goals without a response, but he performed a strong performance and then tied in two matches with the Arab Contractors and Ghazl Al-Mahalla. .

Ismaily is in the penultimate position with only two points, from a draw in two matches and a defeat in 4 matches, and the team scored two goals and conceded 10 goals.

On the other hand, Smouha is looking to regain its balance again after the team's defeat against Al-Ahly in the last round. The Alexandrian team has many distinguished players among its ranks, and the team will look to exploit half-opportunities in order to beat Ismaili and return to the right path to move forward in the ranking table. The league, and the Alexandrian team has recently been suffering from a crisis due to the financial problems it is going through, and cast a shadow over the atmosphere within the Alexandrian team, and the Smouha players did not get the provider of contracts for the current season, which sparked a state of great anger, two months after the start of the season And the matter did not stop when the player contracts provider was not paid, but extended to the lack of financial rewards to the team players in the recent period.

Smouha occupies thirteenth place with 6 points, from winning a match, a draw in 3 matches, and losing in a match, scoring 9 goals and conceding 9 goals.