Inter Milan is a heavy guest against Salernitana in the match scheduled to be held at Arechi Stadium in the 18th round of the Italian Serie A competition. 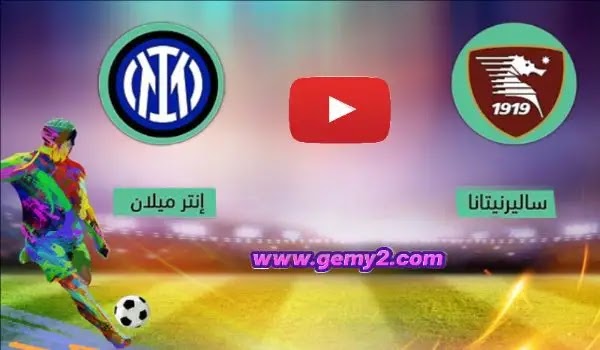 Inter enters its match against Salernitana with the aim of continuing the victories after winning the last 5 consecutive matches, which led them to the top of the Italian League.

Inter Milan has played 17 matches this season, winning 12 matches, losing one match, and drawing in 4 matches.

The Nerazzurri, under the leadership of coach Inzaghi, is looking to win their next match against Salernitana in order to maintain the top spot in the Calcio, in light of Milan, Atalanta and Napoli pursuing him at the top.

On the other hand, Salernitana is suffering from poor results this season, as it has achieved only two wins in the Italian League so far, and lost in 13 games, and tied two games.

Salernitana is looking for a surprise and disrupting the Italian league leader by beating Inter Milan, armed with the factors of the land and the public, despite the difficulty of the task.

Inter Milan leads the Italian league standings with 40 points, followed by Milan in runners-up with 39 points, then Atalanta third with 37 points, while Salernitana is in the twentieth and last place with 8 points.