The Spanish national team will host its Swedish counterpart, tomorrow evening, Sunday, at the La Cartuja stadium, as part of the tenth round of European qualifiers for the 2022 World Cup Qatar. 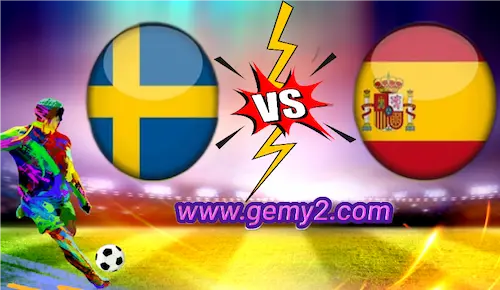 The Spanish team enters the Sweden match, with its eye on winning, in order to move away from chasing the Swedish team and widen the difference between them in the group.

Spain is at the top of Group B with 16 points, gathered by the “La Roja” team in 7 rounds, 5 of which were won by a win, one by a draw and the same by a defeat.

On the other hand, Sweden is second in Group B with 15 points, one point behind the leaders Spain.

It is noteworthy that the first-leg match between Spain and Sweden ended with Zlatan Ibrahimovic's comrades winning by two goals to one.

What time is the Spain vs Sweden match?

“La Cartuja” stadium will host the match between Spain and Sweden, on Sunday 14/11/2021 in the World Cup qualifiers.