The Portuguese national team is at the top of Group A with a score of 17 points, with a goal difference only from the second-placed Serbian team. Thus, Portugal needs a draw only in order to qualify directly for the World Cup finals, while Serbia needs to win in order to qualify. 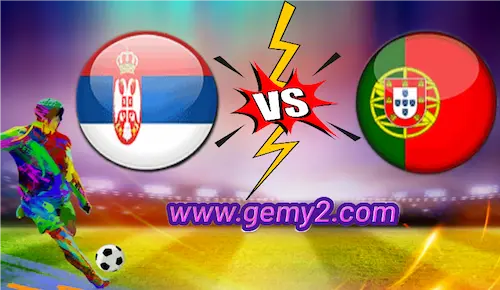 The Portuguese national team received a strong moral impulse, represented by the restoration of the services of the star Bernardo Silva, who missed his country's match in the previous round against Ireland, due to his suffering from a muscle injury.

It is noteworthy that the first-leg confrontation between Portugal and Serbia, which was held at the Rago Metic Stadium, ended in a positive draw (2-2), Jota scored Portugal's double at the time, while Serbia Mitrovic and Kostic scored the goals.

It is expected that the star Cristiano Ronaldo will lead the official squad for the Portugal national team in today's match, after he participated in the recent training significantly, and his attempt to raise the morale of all members of the team before the fateful and expected meeting.