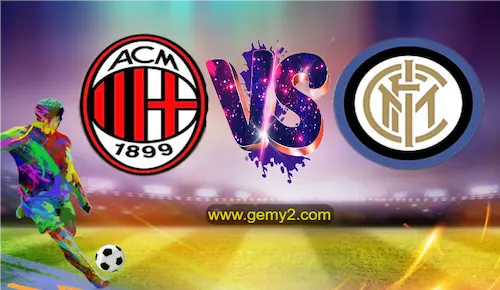 The fans will be on a date with excitement and fun in the derby meeting between Milan and Inter, given the historical competition that brings together the two teams in the Italian League.

Milan enters the derby match against Inter, which is in second place in the Italian league table, with a score of 31 points and a goal difference only from the leaders Napoli.

Milan vs Inter.. Derby of anger

The Rossoneri have achieved 10 victories, a draw in one match and have not been defeated so far in the 11 rounds that the team has played in the competition this season.

Milan and its stars are looking to win and snatch the top of the Calcio table from Naples, where the two teams are equal with the same number of points 31 out of 10 victories and one draw.

On the other hand, Inter Milan is in third place in the Italian league table with 24 points, which the team achieved from 7 victories, 3 draws and 1 defeat.

The Milan team had defeated Roma with two goals against a goal in the last round of the Italian Calcio, and Inter Milan defeated Udinese with a clean double.