Live coverage of the Italy vs Switzerland match, on Friday 12-11-2021, as part of the ninth round matches of Group C of the 2022 World Cup qualifiers.

The match between Italy and Switzerland is one of the exciting and anticipated matches in the World Cup qualifiers due to the strong competition between the two teams and their equal number of points in Group C. 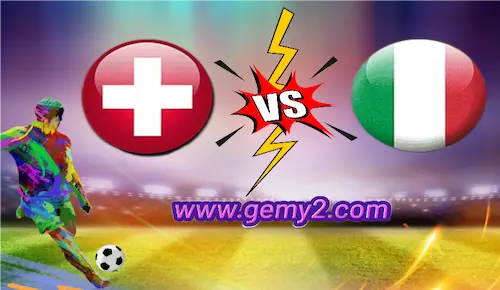 The Azzurri team aspires to break the partnership at the top of Group C with its Swiss counterpart, as the two teams have 14 points.

The Italian national team played 6 matches in the qualifiers, winning in 4 rounds, drawing in two matches and receiving no defeat. Its players scored 12 goals and conceded one goal.

On the other hand, the Swiss team has also achieved 4 victories, drawn in two matches, and has not lost so far, and its players scored 10 goals and conceded one goal.

Italy and Switzerland share the top spot in Group C of the European qualifiers for the World Cup, with 14 points each, followed by Bulgaria with 8 points, then Northern Ireland with 5 points, and finally Lithuania with 3 points.

What time is the Italy vs Switzerland match?

The Italian national team will host its Swiss counterpart at the “Olympico” stadium, on Friday 12-11-2021, as part of the ninth round of the European Nations Qualifiers for the 2022 World Cup in Qatar.