Germany will face Liechtenstein on Thursday 11-11-2021 for the ninth round of European qualifiers for the World Cup. 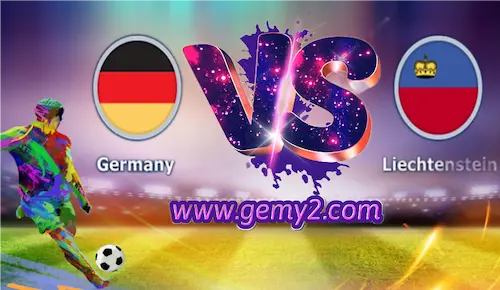 The German national team enters the face of Liechtenstein and is already qualified for the World Cup, after winning the last international stop over North Macedonia 4-0.

A very special level presented by the German team in the previous matches in the qualifiers, which made it the first to qualify for the next World Cup.

Germany has played 8 matches in the qualifiers so far, winning 7 of them and losing in one match.

21 points is the result of what the German national team currently has at the top of the tenth group table in the qualifications.

As for the Liechtenstein team, it suffers from the issue of suffering, as it is in the last place, with a single point.

The German national team will try to win against Liechtenstein, in order to increase the number of points, despite having already qualified, and that the meeting is nothing but a foregone conclusion.

What time is the match between Germany and Liechtenstein?

The two will meet tomorrow, Thursday, 11-11-2021, in the ninth round of qualifying for the World Cup.