Live coverage of the France-Kazakhstan match, on the sidelines of the ninth round matches of the third group of European qualifiers for the 2022 World Cup. 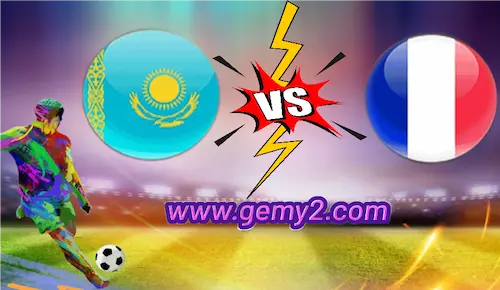 The French team received a shock when Paul Pogba, the midfielder for the roosters, suffered a right thigh injury during training and was out of the camp.

The French team said: "Paul Pogba suffered a thigh injury, and he will miss the next two matches."

And he continued, "Coach Didier Deschamps decided to replace him with the inclusion of Jordan Vertuo."

What time is the France vs Kazakhstan match?

The Parc des Princes Stadium will host the France-Kazakhstan match, which will bring the two teams together on Saturday 11-13-2021 in the sixth round of the group stage of the qualifiers for the 2022 World Cup in Qatar.