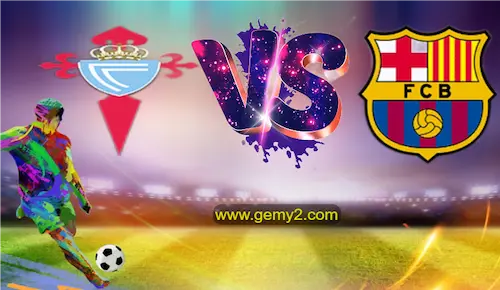 We offer you a live broadcast to watch the Barcelona and Celta Vigo match today, Saturday 5/11/2021, within the competitions of the thirteenth week of the Spanish League.

The Barcelona and Celta Vigo match will be held on the grounds of the “Balados Stadium”, at 18:15 Cairo time, 19:15 Riyadh time, in an exclusive and direct broadcast.

The Catalan club enters the slogan of victory and nothing but victory, after a series of stumbles suffered by the Catalan club locally, as the team failed to achieve victory in the past three rounds, losing from Real Madrid and Rayo Vallecano, and drawing with Alaves.

However, the victory of Barca in the last match in the Champions League against Dynamo Kiev, and the return of hope to qualify for the round of 16 gives a moral boost to the Catalans in order to continue achieving victories.

Opponents Celta Vigo suffer this season as well as the team suffered seven defeats this season in the league after twelve rounds.

Barcelona occupies ninth place in the table of the Spanish League teams with 16 points, which the Catalan team achieved from 4 victories, 4 draws and 3 defeats, after playing 11 rounds.

On the other hand, Seta Vigo is in the fifteenth place in the Spanish league standings with 11 points after playing 12 rounds, during which they achieved 3 victories, 2 draws and 7 defeats.