Watching the Argentina-Uruguay match, live broadcast in the match that takes place at the Campion del Ciglo stadium at exactly one o’clock in the afternoon, Cairo time, as part of the matches of the thirteenth round of the crazy American qualifiers qualifying for the World Cup, via the website. 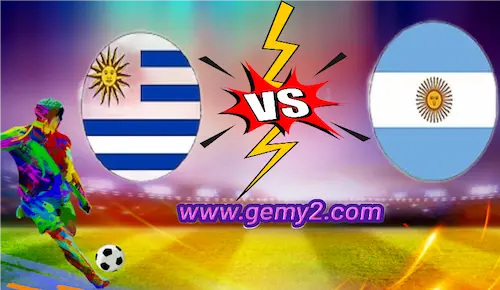 In today’s meeting, the Argentine team seeks to achieve victory and collect the three points to continue chasing the leader, Brazil. The Argentine team is doing excellently in the last two matches, where it achieved victory over Uruguay with three goals without a response, then returned and defeated Peru with a goal without a response. Good news during the past few hours, after he confirmed the readiness of the star Lionel Messi and his recovery from injury to become available to the technical staff, and Messi will certainly have a role in the starting line-up for his country in today's meeting, hoping to get out of the match with the three points.

The Argentine national team is currently in second place in the qualifiers table with 25 points, 6 points behind Brazil, the first with 31 points. goal and conceded 6 goals.

On the other hand, the Uruguay team has been modest in the last three matches, where it tied with Colombia without goals, before losing to Argentina 3-0, then losing to Brazil 4-0 to one. Preserve his chances of being among the teams that are battling to reach the finals and participate in the World Cup Finals.

Uruguay is currently in fifth place with 16 points after winning 4 matches, drawing 4 matches and losing 4 matches. The team scored 14 goals and conceded 17 goals.