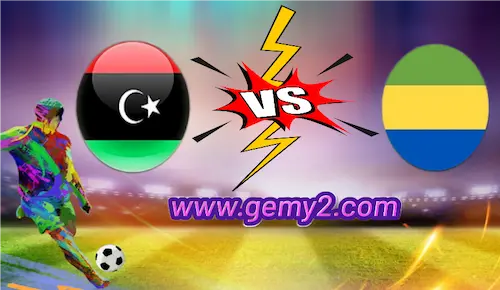 The Libyan national team enters today’s match and has six points. It occupies second place in the group standings. The Libyan national team played four matches. It won two matches and lost two matches. It has three goals and conceded six goals. The last match the Libyan team played was against the Egyptian team and ended with its defeat with three goals without Response The Libyan team seeks to beat the Gabon team in today's match to continue the competition to climb to the 2022 World Cup.

On the other hand, the Gabon team enters today’s match and has four points to occupy the third place in the group standings. The Gabon team played four matches, won one match, drew one and lost two matches, and has five goals and conceded six goals, and the last match he played was against Angola and ended with victory With two goals without a response, the Gabon team seeks to beat the Libyan team to continue competing for the ticket to the 2022 World Cup in Qatar.