Angola will host Egypt, on Friday, at the November 11 Stadium, as part of the fifth round of African Nations Qualifiers for the 2022 World Cup in Qatar. 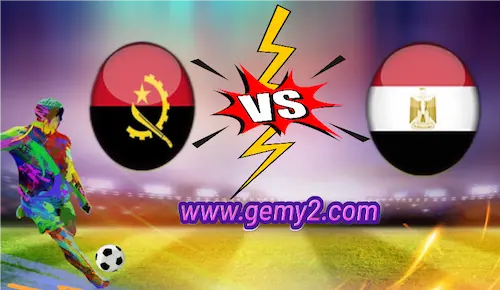 The Egyptian team, led by Liverpool striker Mohamed Salah, is seeking to qualify for the next round of the Qatar 2022 World Cup qualifiers, through the gateway to victory over Angola.

The Egyptian team enters the confrontation with Angola and is at the top of Group F with 10 points, which the Pharaohs gathered in 4 matches, where he succeeded in resolving 3 matches with a winning result, and fell only once in the trap of a draw against Gabon.

On the other hand, Angola occupies the fourth and last place in Group F with 3 points, which Angola gathered in 4 matches, where it succeeded in winning one match and losing in 3 matches.

What is the date of the match Angola vs Egypt?

The “November 11” stadium will host the match between Angola and Egypt, on Friday, in the African qualifiers for the 2022 World Cup in Qatar.