Bayern enters the match on Saturday, with its eye on winning in order to continue to maintain the top spot in the Bundesliga, in addition to inflicting the first defeat on Freiburg this season in the league. 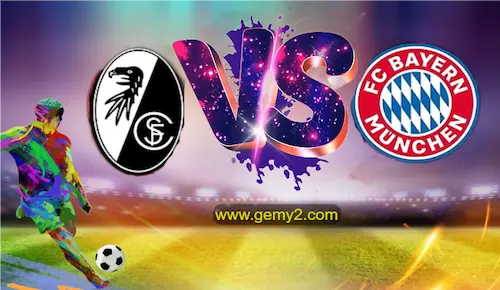 Bayern Munich leads the German league standings with 25 points, after winning in 8 rounds, losing one match and drawing in the same.

The Bavarian giant's task will not be easy at all, especially as it faces a stubborn competitor who also aspires to compete at the top of the German League.

Freiburg is presenting a distinguished season in terms of results and performance, and it is enough that it is the only team that has not suffered any defeat so far in the German League.

Freiburg is in third place in the table with 22 points from 6 wins and 4 draws, two points behind Borussia Dortmund, runner-up with 24 points, and three points from leaders Bayern Munich.

What time is the Bayern Munich vs Freiburg match?

The Allianz Arena will host the Bayern Munich match against Freiburg, on Saturday 6-11-2021, in the 11th round of the German Bundesliga.