Moroccan football fans will be on a date with a fiery match in the local league competitions, between Wydad, the champion of the last edition, and his runner-up, Raja. 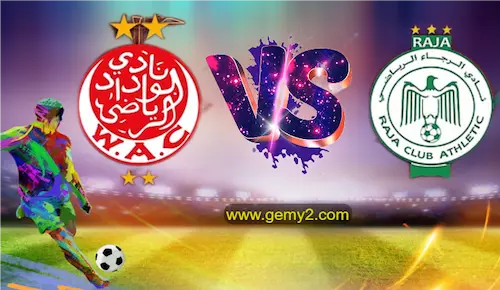 Wydad had decided the last edition of the Moroccan League Championship before its end, after a fierce competition with the Raja team, which was satisfied with obtaining the African Confederation Championship and the Arab Club Championship.

Wydad hosts its traditional rival, Raja, next Saturday, at the Mohammed V Sports Complex, in the tenth round of the Moroccan League.

The Moroccan League matches are usually broadcast on Moroccan sports channels, but the top match between Wydad and Raja will be broadcast on another channel as well.

Abu Dhabi Sports channels announced the transfer of the derby match between Wydad and Raja teams directly, with exceptional coverage before, during and after the match.