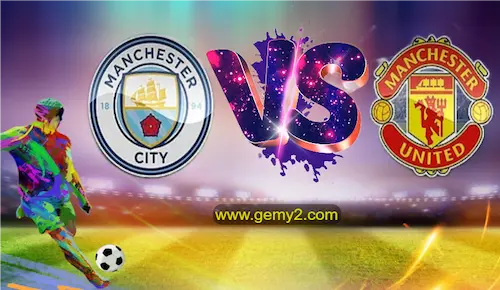 We offer you a live broadcast to watch the Manchester United and Manchester City match today, Saturday 6/11/2021, as part of the eleventh week of the English Premier League.

The Manchester United and Manchester City match will be held on the grounds of “Old Trafford”, at 15:30 Cairo time, 16:30 Riyadh time, in an exclusive and direct broadcast on the website.

Both teams enter the match with the aim of winning and achieving the three points in order to compete for the league title, which makes us face a big confrontation between two great teams.

United are counting in tonight's meeting on Portuguese star Cristiano Ronaldo, who managed to lead the team to a draw against Atalanta in the Champions League by scoring two goals.

And Man United wants to take advantage of his awakening locally in the recent period, after he won in his last matches against Tottenham with three clean goals, in reaction to the humiliating loss against Liverpool by five clean ones.

On the other hand, City are experiencing special days in the recent period in the English Premier League and Champions League, the last of which was the 4-1 victory over Club Brugge.

Manchester United occupies fifth place in the English Premier League table, with 17 points, from victory in 5 matches, a draw in two matches and defeat in 3 matches.

City is in third place, with 6 wins, two draws, and two losses, with 20 points.