Watching the match between Iraq and Lebanon live broadcast today, which brings together the two teams in the context of the third round of the first group of Asian qualifiers for the 2022 World Cup. South Korea, Iran, the Emirates and Syria, which indicates that the Arab teams must fight with all their might so as not to allow teams such as South Korea and Iran to qualify at their expense for the World Cup in Qatar, which is scheduled to be very strong and hot, especially with the preparations that are taking place at the present time before the end of the World Cup qualifiers in all continents. 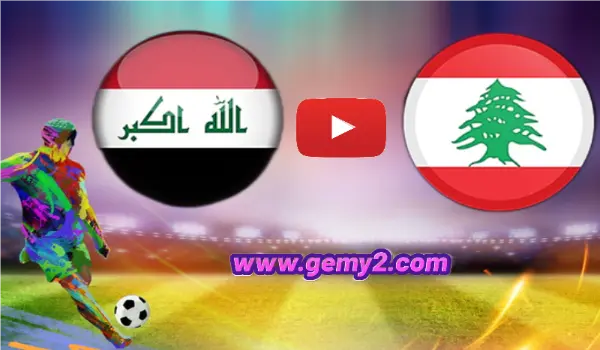 The Iraqi team occupies the last place of this group after the heavy loss it suffered against the Iranian team in the second round with three clean goals, as it wants to compensate with full force, hoping to revive hopes in these qualifiers again by watching the match between Iraq and Lebanon broadcast live today under the leadership of its coach Dean Advocaat, who seems to have not yet understood what is happening in the Asian qualifiers, even though he snatched an exciting draw in the first round against the South Korean national team, and some were optimistic about his results in these qualifiers.

As for the Lebanese team, it occupies the fifth and penultimate place in this group with a single point after the exciting draw that snatched it from the UAE team in the last round, so it is trying to build on that in order to win the World Cup qualifiers in Qatar.