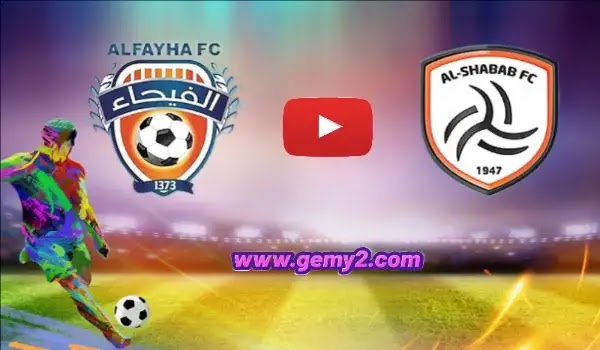 Al Shabab team achieved a valuable victory over Al-Ahly with two goals against a goal in the quarter-finals of the Custodian of the Two Holy Mosques Cup, and Carlos Junior scored the double in the 49th minute and 86th minute from the penalty mark, and in the 60th minute, the only high-end goal was scored by Philippe Bradrarich.

The channel that broadcasts the Al-Fayhaa and Al-Shabab match:

Attention is directed to Al Majmaa Sports City Stadium, where a very special match between Al Shabab and Al Fayhaa is gathered, which you can watch on SSC Sports HD 1 and SSC Sports SD 1.

Al-Shabab suffered a very heavy defeat in the last stage against its counterpart Al-Hilal, with five goals without a response, in the first test of the leader under the leadership of Argentine coach Ramon Diaz, and before that, the team’s advantage was two goals against a goal against Damak, and also won the same result over Al-Hazm, and before that in the previous two confrontations, it was tied against Al-Fateh with a goal for the same, and in front of the agreement with two goals for the same, and he hopes that the ball will stand with him in order to continue the work and crowd out the adults, but things seem difficult in light of the victory of the leaders Al-Ittihad yesterday against Al-Ahly in the Jeddah derby by four goals to three.