Watch the Al-Batin and Al-Tai match broadcast live in the fifth round of the Prince Mohammed bin Salman Cup League, at 17:35, Cairo time, in the meeting that will be held at Al-Batin Club Stadium, via our gemy2 website.

Al-Batin was defeated in the previous round against Al-Fateh with two goals without a response, in a meeting in which the team did not perform the expected performance, whether defensive or offensive, and the team will look in today’s meeting to achieve the three points in order to move forward in the league table and compensate for the defeat that the team suffered in the round. Last.

Al-Batin is playing today's match and is in the twelfth place in the Saudi League standings, with 4 points, after winning a match, drawing in a match and being defeated in two matches. The team scored 3 goals and conceded 5 goals. 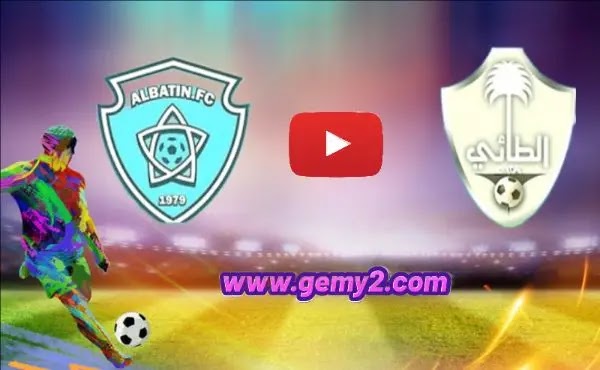 On the other hand, the Al-Taie team is looking to get out of the negative results it suffered in the previous rounds of the league. The Al-Taie team did not achieve victory in any meeting, as the season began with defeat from Al-Hilal with a goal without a response, before losing from Damak with a goal without a response and then losing from Al-Fayhaa with three goals against a goal, and the team will search for a way out of its depression in today's meeting and won even a tie point in order to advance and move away from the last place in the league standings.

Al-Taie is in the last position in the Saudi League standings without a balance of points. The team did not win any match or even draw and was defeated in three matches. The team scored a goal and conceded 5 goals.