Al-Ahly is looking in today’s meeting to crown the Super title and compensate its fans after losing the Premier League title to Zamalek, its traditional rival, who crowned the title well and deservedly. Smouha and Mozambican striker Luis Michisoni from Simba of Tanzania and South African Percy Tau of Brighton, as well as the return of the duo Ammar Hamdi after the end of his loan with Al Ittihad of Alexandria and Ahmed Abdel Qader after his return from Smouha, in addition to contracting with Mostafa El Badry, player of El Entag El Harby.

Al-Ahly, during the past few hours, dispensed with a number of players during the current Mercato, as he announced the departure of Marwan Mohsen by canceling the contract because he was not needed technically, in addition to the departure of Saad Samir on loan, along with loaning Mustafa Al-Badri, the new team player, and Ahmed Yasser Rayan, who left the Turkish League on loan. And it is expected that the last few hours will witness the departure of some of the Red Genie players on loan. 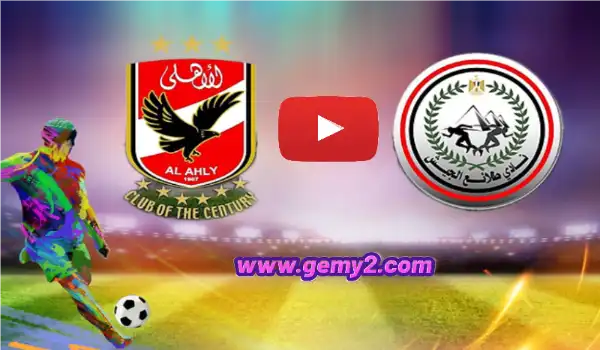 The Vanguards of the Army will look in today's meeting about turning the table on Al-Ahly Club and exiting the meeting with the victory card and ascending the podiums, especially since the Vanguards of the Army presented a heavy-caliber match against Al-Ahly in the second round of last season and missed two points from the team and caused Zamalek to approach the crowning of the title and was one of the Reasons why Zamalek won the championship.

The pioneers of the army were able to conclude 10 deals at once, as he contracted with Mido Gaber, the player of Ceramica Cleopatra, and the duo of the former Al-Masry Al-Port Said team, Mohamed Gaber and Kazadi Kasongo, and Mohamed Al-Sabahi, the Alexandrian player, on loan for one season. The former Al-Harbi for two seasons, along with Tunisian Mohamed Ali Jouini, defender of Sfaxien, in a free transfer deal with a contract that extends for two seasons, as well as Karim Amir, the French Bordeaux player for 3 seasons, and Ramzi Medhat, the former professional player of Wadi Degla, in the Greek league, in addition to Mohamed Anwar, defender. Al Ittihad of Alexandria for two seasons, and Abdel Hamid Bassiouni, the coach of the Vanguards of the Army, is betting on the new deals, after the team’s shape and strength changed, following the departure of many of its influential stars, most notably the offensive line Amr Gamal, who contracted with Farco and Nasser Mansi, whose loan ended and he returned to Pyramids, Islam Gamal, who joined the Egyptian Port Said.