Al Hilal will face a difficult test when it faces Al-Batin, this Friday afternoon, as part of the 18th round of the Prince Mohammed bin Salman Professional League. 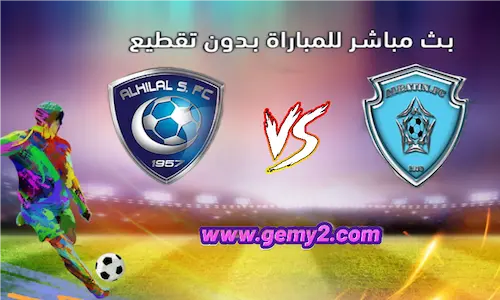 The Blue Wave is seeking to complete its path of victories despite the defensive absences that hit its ranks, after Jang Hyun Soo and Salman Al-Faraj were injured, and Mutaib Al-Mafraj’s suffering from the Corona virus.

On the other hand, Al-Batin aspires to put an end to its series of negative results, as the heavenly team did not achieve any victory during the last 5 rounds (2 draws - 3 defeats).

Al-Hilal had won over Al-Taawoun by three goals to two in the last 17th round, while Al-Batin fell into the trap of losing from Abha with a clean goal.

Al Hilal occupies the fourth place in the league table of Prince Mohammed bin Salman Professional League teams with 30 points, while Al-Batin is in the fifteenth place with a score of 15 points.

The Al-Hilal and Al-Batin match will be held at the latter’s stadium, this afternoon, Friday, January 21, as part of the 18th round of the Prince Mohammed bin Salman Professional League Championship.