Al-Ahly enters this match with the aim of achieving victory and delighting the Al-Ahly fans after the team’s faltering results in the Saudi League Championship. 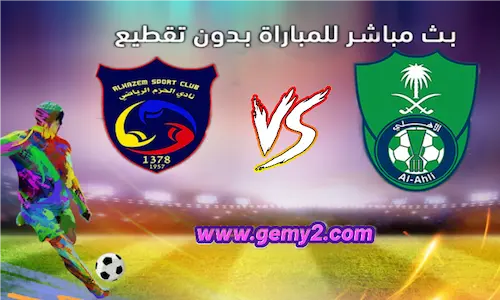 Al-Ahly did not achieve any victory in the past five rounds, so the last positive result achieved by Al-Raqi against Al-Batin came with a clean goal on November 3rd.

While Al-Ahly suffered 4 defeats and a draw in a match during the last five rounds of the team in the Prince Mohammed bin Salman Professional League.

Al-Hazm-in-the-Saudi-Pro-League"> What is the date of the Al-Ahly match against Al-Hazm in the Saudi Professional League?

Al-Ahly will meet Al-Hazm tomorrow, Saturday, January 15, as part of the 17th round of the Prince Mohammed bin Salman Professional League Championship.

Al-Ahly will play Al-Hazm at its Prince Abdullah Al-Faisal stadium in Jeddah, on Saturday, at 7:00 Cairo local time, and 8:00 Mecca Al-Mukarramah time.

Al-Ahly occupies the thirteenth place in the standings of the Prince Mohammed bin Salman Professional League Championship teams with 16 points out of 16 rounds.

Al-Hazm comes in the 16th place, with 11 points, after 16 rounds that Al-Hazmawi played in the Saudi Professional League.