Al-Ahly seeks to return to the path of victories after its stumbles in the last rounds of the Egyptian Premier League. 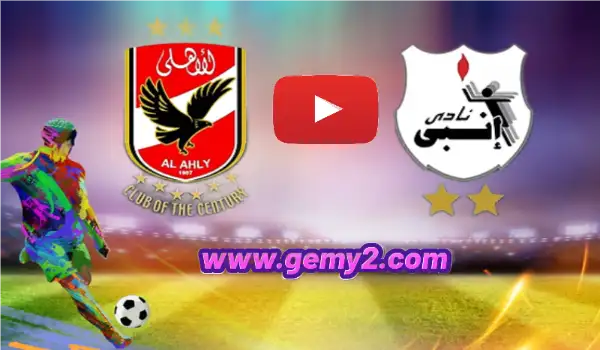 The Red Genie has been suffering at the local level recently, as the team did not taste the taste of victory in its last 4 matches, by losing from Al-Masry, then a draw with the Vanguards of the Army, Ceramica Cleopatra, and Al-Ahly Bank, and will work to stop the bleeding of points and exit the points of the entire match in front of Enppi to approach from the top.

South African Pitso Mosimane, coach of the Red Castle, failed to win, continuing to bleed points to lose the opportunity to approach the top of the standings.

As for Enppi, he enters the match after a tie against the Arab Contractors in his last matches, and he will take advantage of Al-Ahly's situation in the recent period to come up with a positive result that will help him in his journey to approach the golden square.

The Al-Ahly match against Enppi will be held next Saturday, as part of the postponed fifteenth round of the Egyptian Premier League.

Al-Ahly will meet Enppi on Saturday, at Petrosport Stadium, at nine o’clock in the evening Cairo local time and ten o’clock Mecca time.

Al-Ahly occupies third place in the Egyptian league standings with 34 points after 15 rounds, where the team achieved 10 victories, 4 draws and one defeat.

Enppi is in the ninth place in the Egyptian Premier League table with 24 points, after the Petroleum team participated in 18 rounds, achieving 5 victories, 9 draws and 4 defeats so far.