In today’s meeting, Al-Ittifaq looks forward to achieving victory, collecting the three points and putting an end to the series of negative results it has achieved recently, after drawing with Al-Fayhaa with a goal for the same, then drawing with Al-Batin without goals, then drawing with Al-Shabab with two goals to the same. With a result that satisfies the fans who always crawl behind the team in all stadiums.

Al-Ettifaq is in the tenth place with a score of 19 points, after winning 4 matches, drawing 7 matches, losing 6 matches, scoring 23 goals and conceding 28 goals. 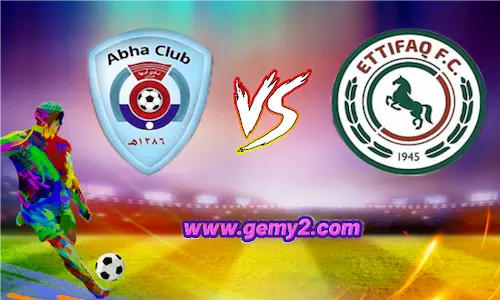 On the other hand, we see that Abha enters the meeting with morale in the sky after the last victory that the team achieved against Al-Batin in the last match. On top occupied by the Union deservedly and deservedly.